The Climate of Diu is normally pleasant throughout the year. The Monsoon season is from: June to September. Temperature range: 15° C to 40° C. Average Rainfall: 55 cm. The Diu islet enjoys a maritime climate which is constantly affected by the sea breezes. The weather remains dry but pleasant throughout the year. In the winters Diu temperature reaches a maximum of 26 ° C while minimum being 20 ° C. During summers the maximum temperatures do not rise above 36 degrees and the minimum does not fall below 20° C. The annual rainfall received by the island is 540 millimeters with the monsoon season lasting from the month of June to September. The weather in Diu during the summer season is not too hot and is simply bearable. 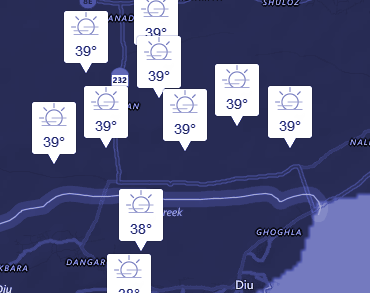