Daman and Diu are the two separate isolated land blocks situated at a distance of about 800 kms away from each other on the western coastal border of Gujarat State, abutting the Arabian Sea. Both these pockets formerly each comprising a District of erstwhile Union Territory of Goa has been formed into a separate Union Territory viz. Daman and Diu after delinking from Goa. Earlier they were Portuguese Colonies until 19th December, 1961 when they got liberated alongwith Goa. As in the case of Daman, Diu which is an island covering only 40 sq.km. in area, also becomes a ‘Region’, purely on administrative and political reasons. As per documented records the history of Diu begins with the Mauryas in 322 BC. This part was conquered by the Portuguese in 1546. In between the above periods, both Daman and Diu had chaptered history, having been under the possession of and ruled by many Kings and Dynasties. 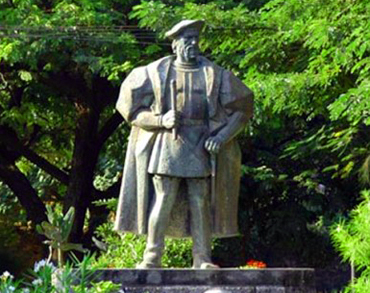