St. Paul Church, as it is widely known is also called the Church of Immaculate Conception. It has both historical as well as religious importance. This magnificent building of Gothic architecture was built by the Portuguese. The foundation stone of the Church was laid on 7th April, 1601 at the time of Governor, Duarte de Melo and the Parish Priest was Rev. Fr. Manuel Fernandes. The layout plan of this awesome monument was designed by none other than a Jesuit Priest Rev. Fr. Gaspar Soares. The construction work was completed and consecrated for religious use in the year 1610. This Church is dedicated to Our Lady of Immaculate Conception.

This huge edifice as it was built to be the Seminary of the Jesuits was also known as Convert of St. Paul. The cloister of the Church was used as Seminary. It is said that the Seminarians were being prepared to work in Akbar’s Court, so Arabic was included in its syllabus. As it is an heritage building, it has much to be spoken about. The front façade is just elaborate and immediately attracts ones attention, the inside walls are curiously treated with shell like motifs perhaps to merge with the surrounding and the abundance of shells on the shores of Diu; the high vaulted stone dome is just unbelievable and make one sigh with admiration, but the treasure of the Church are the three altars including the pulpit, all made of black wood worked with great precision and craftsmanship.

The wood is believed to have been brought from Mozambique another Portuguese Colony in Africa. Further, right at the main entrance gates of the Church fixed on the inside wall are the two iconic paintings- to the left hand side depicting the birth of Jesus and to the right hand side of the wall depicting the presentation of child Jesus in the temple with Simeon the High Priest holding baby Jesus in his hands thus fulfilling the prophecy. Enthroned on the main altar is the beautiful statue of Mary the Immaculate Conception and right below is the Sanctuary of the temple, the place called Holy of Holies or the Sanctum Sanctorum. The altar to the right is consecrated to Our Lady of Rosary and below on a stand is the statue of Sacred Heart of Jesus. The statues of Sacred Heart of Mary and St. Joseph are also seen there. And the altar to left is dedicated to Our Lady of Mount and below on a stand is Our Lady of Mount Carmel. The statues of St. Anthony and St. Sebastian are also seen there. On the walls of the Church there are fourteen frames they depict the passion of Jesus, called the Way of the Cross.

The Church is considered as one of the most beautiful Portuguese Churches in India. In front of every Christian Church there is a Cross to welcome the visitors. It is the sign of Christian faith. Therefore stepping inside the campus of Church, to the left hand corner is a beautiful and delicately adorned cross in stone and masonry work which immediately attracts ones attention. It is a little marvel. To the left hand side there is a statue of Christ the King erected on a pillar and further to its corner is the grotto of Our Lady of Lourdes.

It was built in the year 1593, at the time of Governor Pero de Naya. It was the Friary of the Franciscans. The Church is still in use. And the cloister was converted into a Hospital ever since the Church of St. John of God collapsed in the year 1832 where a hospital was functioning. Today a new hospital building is built and this heritage building is vacated. It served as hospital for about 184 years. The Church is situated at a close distance from St. Paul Church. It is prominently seen as it is built on a high platform having a staircase with 20 steps. It also has a very high tower. The Church has vaulted dome, built of stone. The front portion close to the main altar is artistically decorated and has a celestial aura. Beside this, the main altar is decorated with beautiful fresco, which immediately attracts the attention of the visitor. 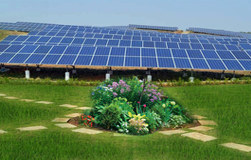 Dependency on External Grid (GETCO) have been reduced by 25%.
Contribution to gr.. 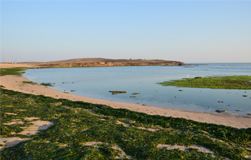 The sanctuary is an oasis of serenity and primarily a marsh area that attracts several .. 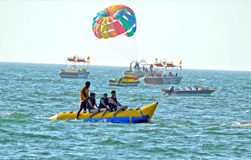 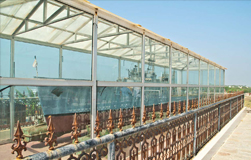 Indian Naval Ship Khukri was a frigate of the Indian Navy. During the Indo Pak War in 1.. 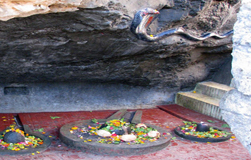 The Church was built in the year 1598 by an order of Bishop D. Aleixo Menezes. It was t.. 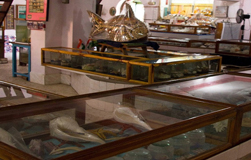 The sea shell museum is just on the way to Nagoa Beach close to the Airport. Few have h.. The Fort of Diu, an expansive and imposing structure is situated on the extreme coast o.. 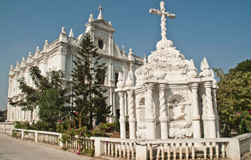 St. Paul Church, as it is widely known is also called the Church of Immaculate Concepti.. The beach is situated to the extreme west side of the island, 13 kms from Diu in villag.. 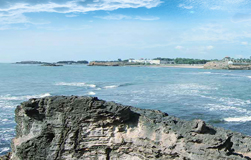 The beach is at a distance of 1 km. from Diu Town. It has beautiful panoramic view. It .. 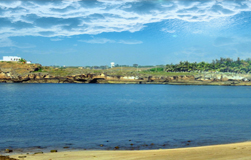 Chakratirth Beach is centrally located and contagious to the town at Diu. This beach se.. 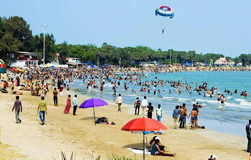 Among the 5 beaches, Nagoa is the most beautiful and more popular. It is located in Nag.. Situated at the entrance, an aspirant for International

From Mumbai to Diu And From Ahmedabad to Diu

The chopper service will close in the 13-hour distance by road between the two Union Territories to an hour by flight (Daman to Diu).

Nearest railway station is Veraval about 90 kms. It provides an onward connection to Ahmedabad, Mumbai and other cities.